Without wifi or OMAC in El Altet 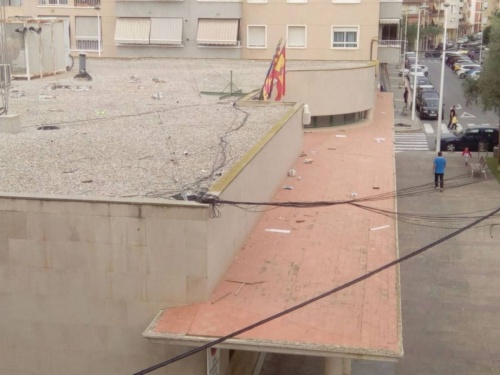 Users of the social center of El Altet, including the library, have not had Wi-Fi service in their facilities for more than three weeks. Despite complaints submitted to the City Council, a solution has not yet been given. The OMAC is also without service. Its facilities remain closed for the official's vacations.

The Altet Decides urges the government team to solve these problems. Remember that through the participatory budgets of 2017, the neighbors approved the center's Wi-Fi service. And it has not yet been launched.

The Altet Decide recalls that another proposal approved as the fencing of the playground is still pending execution.

While in the case of the OMAC they demand that this office be reinforced throughout the year to serve the five thousand six hundred neighbors of the district.

Crowd of users of the social center of El Altet, including users of the Library, have not had wifi service for 3 weeks. To the poor quality existing so far, joins the null service that is being provided at this time. In spite of the complaints submitted, from the session there has not been a solution yet, so many students, most of them opponents who need internet access for consultations and jobs, are having to look for other places where they can develop their jobs and studies
In the past participatory budgets of 2017, an item of € 9,500 was approved to improve this Wi-Fi, because it already had deficiencies. Despite having passed all 2018 and having executed the 2018 budget. This citizen proposal, presented, valued and voted on has not yet been launched. With the consequent problems generated in the users of the aforementioned social center.
From El Altet Decide we demand that both this, and other proposals that were approved and that are still pending execution, fenced for playground, among others, be implemented as soon as possible, since they were already budgeted, and we do not understand that wait more than a year to be able to enjoy the best that were proposed with these participatory budgets.
At the same time the social center presents several deficiencies in its operation. Among them the air conditioning of a part of the main building and of the area assigned to the musical association of the town, as well as bad odors coming from the smoke outlet of the center, and accumulated dirt on the roof, of a long time without cleaning and of Pyrotechnics fall on the building.

And to top it off, in recent weeks, a little sign announces that there is no OMAC service, for different reasons. When in reality what there is is a holiday officer and who should replace him comes a few days. What causes jams in the service of attention, and more in these dates where the inscriptions in the workshops offered by the Department of Social Welfare are being carried out. Traffic jams that have been frequent in the last year, since only one official attends to the more than 5,600 inhabitants registered in El Altet and some more of the neighboring districts.
We demand that this office be strengthened throughout the year, and when the holidays arrive, at least one of these people is fixed in their position.