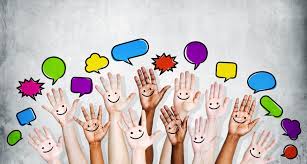 It seems incredible to us that the municipal government of Elche submits us to the shows that we have been suffering in the last municipal councils of the camp d'Elx, especially coming from a government team made up of two parties with progressive ideology, committed to participating up to point that our mayor, mr. González is the national president of the Network of Local Entities for Transparency and Citizen Participation.

At a time like the present, in which a serious global pandemic has affected us and led us to confinement and the physical distance between neighbors, we understand that security measures are extreme and the health of the participants in these municipal meetings is guaranteed. , but just as face-to-face municipal government meetings have been held, the camp meetings could have been held in person in one of the many municipal buildings that meet the characteristics for it, and guaranteeing said prevention measures. Even so, this is not the case with our complaint, since the electronic celebration is not an obstacle to its effectiveness, as long as true participation is respected. This fact is being repeated in this legislature, in breach of the municipal participation regulations.

And it is here where this municipal government is wrong, as it had not done in the previous legislature, and as it criticized when they themselves were in the opposition. Like the PP in its day, they try to make invisible those associations or groups of any other nature, related to the corresponding population, who do not dance the water or applaud their decisions, typical of caciques, because this is their behavior towards the districts.

The Law of Bases of Local Regime, in its preamble already said back in 1985, that "it is not a time of lordships or easements, the municipality is a haven of freedom", but it also says "that, from the constitutional principle of the decentralization, local corporations will intervene with the maximum intensity and scope for the realization of the fundamental right of participation in public affairs. ” But not even with this national legal framework, but they stumble over their own organic Participation regulations, which they repeatedly fail to comply with, despite the warnings and claims that we constantly send them.

They are not going to stop us with this or any other maneuver that seeks to silence the voice of a citizenry that we represent and that gave us its support both in 2015 in local elections, and in 2019 in the last municipal elections.

Are we independentists? Yes; Are we segregationists? Yes; Do we want to emancipate ourselves and take charge of our future? Yes. That they give us the label they want, what they are not going to achieve is to turn off our thinking or to curb our longings, which is that of many of our neighbors and colleagues today and forever.

Because we are free, free to think, free to act and free to participate within the legal framework in which we move and always will.